Happy Winter everyone.
Log homes in Wisconsin are Subjected to a lot of extreme weather. In the Winter we come across a lot of common problems in log homes.
Quick recommendations.
#1 Keep build ups of snow and ice off of your flat surfaces.
Your corners, eves and valleys.
The build ups will slowly melt and find their way into your logs and chinking.
Travis@Midwestmaintenancellc.com

Here is some information on Ice Dams and our process 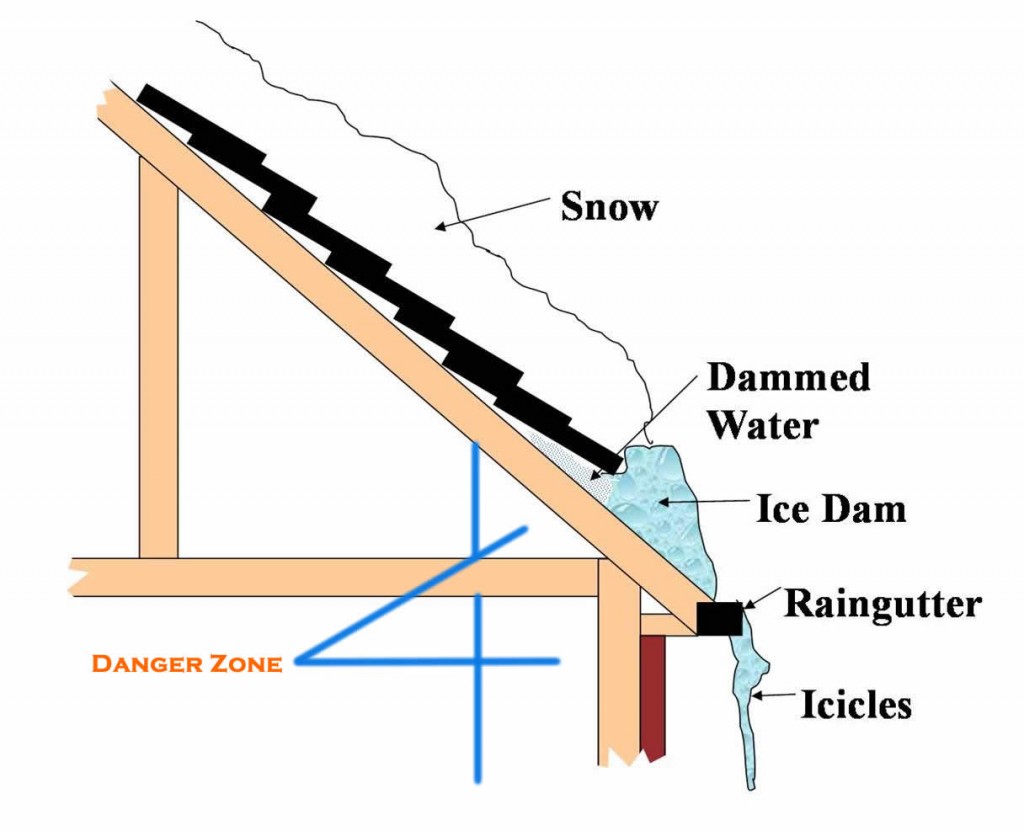 Ice dams are relentless issues in the Midwest with enormous accumulation of snow throughout the winter period. Ice dams are formed when areas in the roof become too warm that it begins to melt the snow, commonly due to a mixture of high temperature from adapted spaces and protecting effect of substantial snow accumulation. Water from melted snow runs down the roof below the snow cover and refreezes along roof shades where the surface temperature is lower. As more water from the softening snow gets to be caught behind the dam of ice, it can go down under shingles and invade the underlayment, prompting breaks.

Ice dams tend to build up near an edge of a sloped roof on a building, such as on an overhang or an eave. Ice dams also build up adjacent a roof drain or a gutter. Such build-up near a roof edge or roof drain may be related to the roof areas around roof edges or roof drains generally receiving less heat from inside the building, than other portions of the roof. Consequently, as heat rises within and/or from the building on one portion of the roof, or as solar energy melts snow and on one portion of the roof, the snow or ice receiving such heat tends to melt and run along the outer surface of the roof toward the eaves or the drain, where such water may re-freeze, resulting in an ice build-up. As this process continues, the ice build-up can form an ice dam, and water subsequently running along the outer surface of the roof in the same region as the ice dam begins to pool, and back up above the ice dam, whereby the pool can grow laterally, including underneath the roof shingles/panels, such that the backed-up pool of water may extend beyond underlying edges of the roof shingles/panels, thus entering the building.

Heavy snowfall and insufficient ventilation can cause ice dam formation on your roof. When this happens, your roof and the rest of your home are at risk of various structural damages. Don’t compromise the health and safety of your family. Ice dams, when left unthawed and disregarded, can cause saturation on your roof materials and may lead to pest problems among others.

Why You Must Remove Ice Dam

Heavy snow leads on your roof are extremely dangerous for both your roof and the people inside your buildings. Roof collapse happen because roofs are not designed to hold the thousands of pounds left by heavy storms. If you have an existing ice dam, you must act to protect your roof. Unfortunately, building owners need to have this snow removed from the roof to prevent collapses. Allowing an ice dam to stay on your roof is like asking for roof damage. Instead of damaging your roof with shovels and picks, we use a diesel-powered steam unit to melt away your ice dam.

Melting an existing ice dam is a last resort after you have allowed that ice dam to exist. Once an ice dam has formed, you must deal with it, but steps can be taken to prevent them from forming at all. You can install ice dam preventing system before winter so you don’t have to worry about ice dams during those periods. The time to act is when you see a severe storm in the weather forecast, not when there are two feet of snows on your roof and your ceiling is starting to buckle.

Our process for removing ice dams –

When you have a ice dam it can be very dangerous to get on your roof so if we have to we use proper ropes and harness’s. first we remove the snow and then the ice, we will remove the snow build up with shovels and roof rakes to expose the ice dam. Then once the ice dam is left we will use our diesel-powered steam cleaner to remove the ice dam. The steam comes out at a very low flow and high temperature to melt the ice without creating more ice.

If you have any question about our ice dam removal service or want a free quote give us a call or email.